Our Brain Loves Our Senses 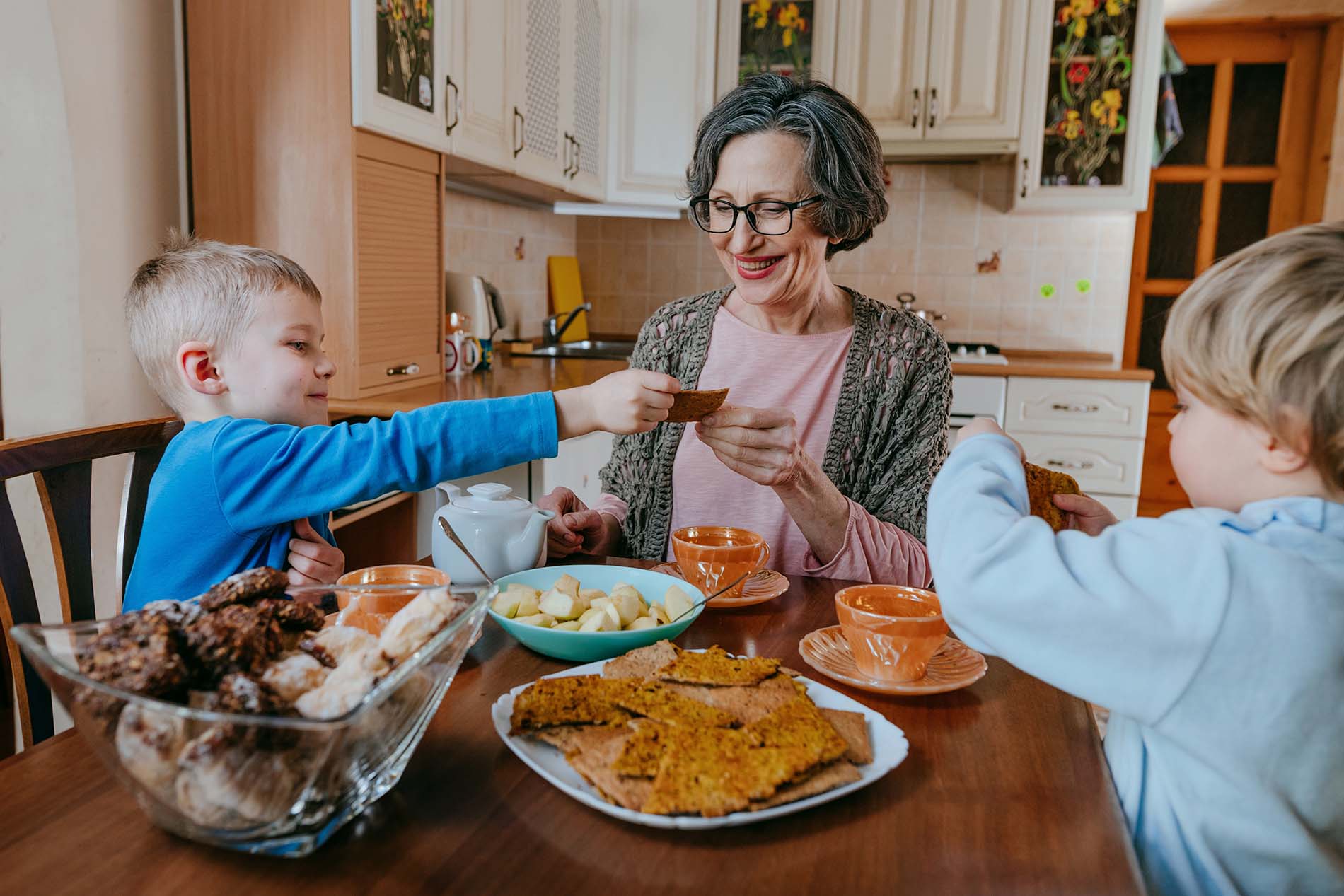 Our brain is amazing; it weighs about three pounds, is an organ, has 100 billion neurons, and is the essence of everything that makes us: our intelligence, emotions, memories, and more. The brain receives information through the five senses, interprets these signals, and initiates things like body movement or behavior. Think how fast a signal reaches the brain when you touch or get near something hot.

But the brain isn't done there – it stores this memory and records your reaction so the next time you approach something hot, you recall your previous experience. The brain is the engine that drives our entire body, but it is not just a receiving station for sensory signals. What we see, hear, and feel is constantly shaped by emotions, memories, moods, and beliefs.

Nature.com reported on a study that proved a link between senses and memories. "The key researchers claim is that memories relating to an event are scattered across the brain's sensory centers, and if one of the senses is stimulated to evoke a memory, other memories featuring other senses are also triggered."

Sights, sounds, and smells can all evoke emotionally charged memories. A new study suggests why: According to LiveScience, the same part of the brain that's in charge of processing our senses is also responsible, at least in part, for storing emotional memories.

Why do we associate things with smells? Verywellmind.com reminds us that scientists believe scent and memory are closely linked because the brain's anatomy allows olfactory signals to get to the limbic system quickly. Experts say the memories associated with smells tend to be older and thought about less often, meaning the recollection is very vivid when it happens.

Familiarity is comforting-using familiar smells, and sounds can reduce anxiety for persons affected by dementia. The National Institute of Health published a study conducted in London, England, on April 17, 2022, that there is evidence that exposure to odors and familiar sounds (music) can trigger memories of personal past experiences, which can result in the reduction of anxiety.

From a practical standpoint, we know that transitioning a loved one affected by dementia from their favorite chair to the car (for a doctor's appointment, for example) can be traumatic. Allow five minutes to sit with them and play their favorite song. Sing along-get that tune in both of your brains and sing it on the way out the door to the car. Instead of telling them, "we are running late, we have to hurry," spend a few moments in a familiar, calm, and comforting way. It may make all the difference in the rest of the day!
Engaging at Home™ provides an at-home engagement program bringing love, compassion, and validation to those affected by dementia and their families. Reach us via email at info@engagingathome.com or by calling (602) 418-5196.

Connecting the Past with the Present, Opening Doors You Thought Were Closed.

Copyright © 2022 Engaging at Home™ - All Rights Reserved.
America's National Parks A to Z

Since 1916, the National Park Service has been entrusted with the care of our national parks. During this class, we will explore the history of the Parks, the artists, the photographers, writers, and musicians who have helped us celebrate their beauty and unique qualities.

When we visit a National Park, rocks, fossils, and dinosaur bones are a few of the unique and beautiful things we see. We can learn a lot about our planet by studying Earth's materials and the largest animals ever to live on our planet, dinosaurs.

One million years ago, Earth looked very different than it does today. If we were to time-travel, we probably wouldn't recognize the oceans or continents or many of the animals, plants, or trees. While we may not be too sad that dinosaurs no longer roam the Earth, we know that all plants and animals need to be protected.

Thomas Edison once said, "Never stop learning." Today we know him as one of the most famous and prolific inventors. As an inventor, he held over 1,000 patents, and he influenced daily life with incandescent lightbulbs, the electric grid, the phonograph, and the motion picture camera.

Seated, safe and fun. Mindful moments help us strengthen our body and relax our minds. Remember to breathe and drink water.

Would you be surprised to learn that Americans started recycling discarded materials in 1690? Wow – that was a long time ago! Since then, we have become more aware of taking care of our planet, and creative artists have found ingenious ways to turn recycled material into beautiful works of art!

Who are the Lady Edison's? Just like Thomas Edison, these women were curious about how things worked. They are women who broke gender stereotypes and invented things that made our lives safer, healthier, and in some cases, more enjoyable. Who are today's Lady Edison's?

Seated, safe and fun. A fun heart pumping cardio class for the whole family! Remember to breathe and drink water.

It's All About the Red, White, and Blue

Our brains decide what colors we see; then, our hearts and emotions kick in. Although used in millions of ways other than just the flag, the American colors of red, white, and blue communicate strong feelings. Let's see what famous artists have created to help us celebrate this great country.

America Goes to the Moon

What were you doing on July 20, 1969? The spacecraft commander for Apollo 11, Neil Armstrong, became the first man to step on the moon's surface. Nearly 240,000 miles from Earth, Armstrong spoke these words to the world, "That's one small step for man, one giant leap for mankind."

Their world is everything to you.

Are you ready for innovative ways to share valuable time with a loved one living with dementia? We know that regardless of age or stage of life, everyone likes to learn and create. On-going research supports the importance of engaging in intellectually stimulating sessions every day to reduce and slow cognitive decline.
America's Lighthouses

Is there anything more picturesque than a lighthouse on a rocky coast? National Parks along both coasts and the shores of our lakes tell the stories of America's lighthouses. We are reminded of our Nation's maritime history and the families and individuals who braved the elements to offer safe passage and save lives.

Seated, safe, and fun. Enjoy this seated cardio session with your loved one and remember to breathe and sip water.

Our Founding Fathers risked everything they had, including their lives, to create a new nation based on liberty and freedom for all. From America's original documents to the desk they were written on, our story is told through our amazing people's creativity, innovation, and perseverance.

Fred Harvey changed the way Americans traveled. He looked at travel as more than just a way to get from one place to another. Mr. Harvey wanted Americans to travel in style, be comfortable, and have wonderful experiences, including "Five Star" food, hotel accommodations, and service from the "Harvey Girls."

The U.S. Military and Our National Parks

The Military and our National Parks are woven together into a rich tapestry. Today the National Park Service has the honor of preserving hundreds of battlefields, military parks, and historic sites that honor the service of American patriots and ordinary people who did extraordinary things. 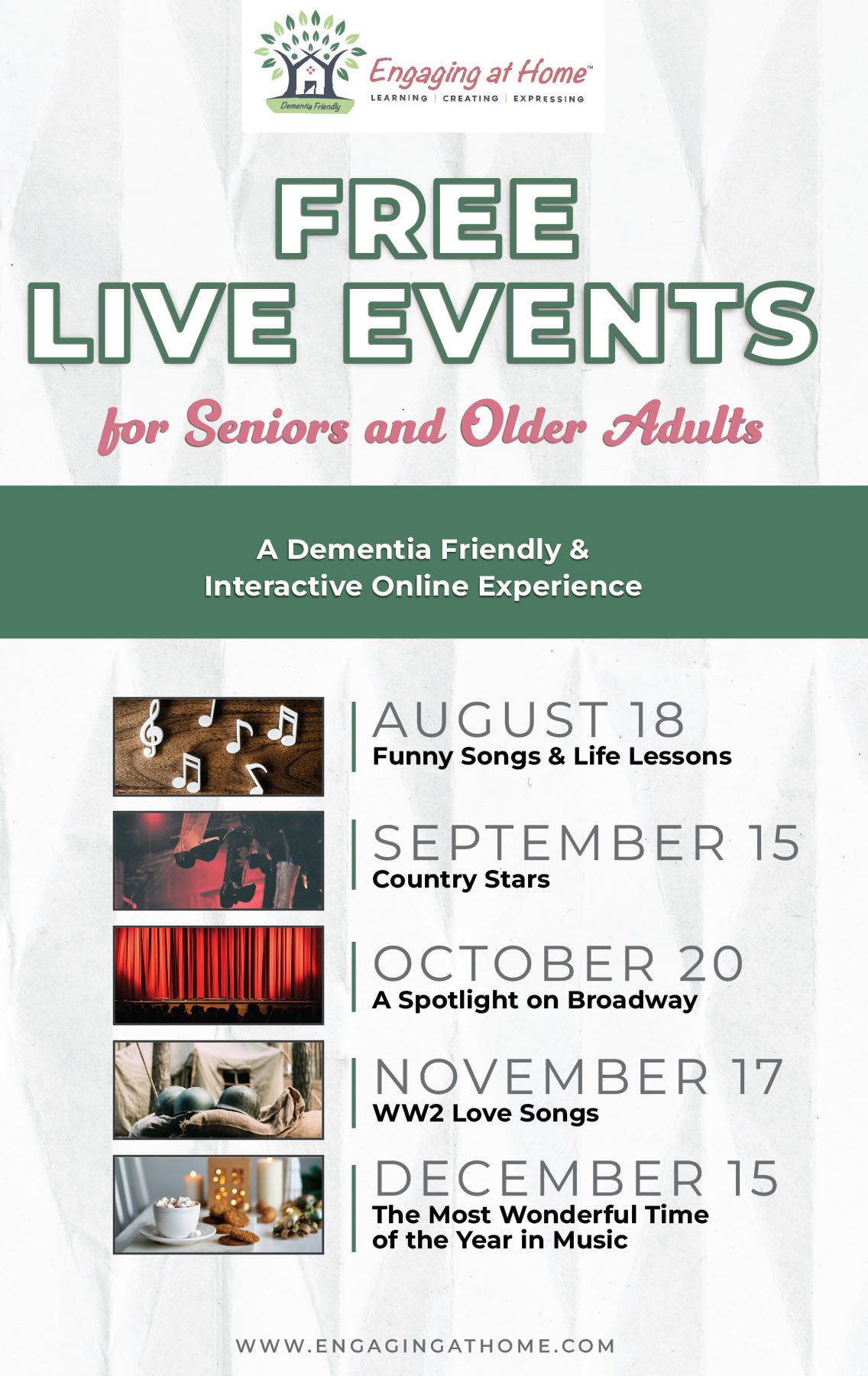 The Wright Brothers' flight at Kitty Hawk, North Carolina, lasted only twelve seconds, but it changed the world. For centuries, humankind attempted to fly using kites, balloons, and gliders, but Orville and Wilbur were the first to accomplish controlled flight. What made these two brothers so convinced that they could fly?

The Wright Brothers' flight at Kitty Hawk, North Carolina, lasted only twelve seconds, but it changed the world. Wilbur and Orville were American inventors and pioneers of aviation, and in 1903 they achieved the first powered, sustained, and controlled airplane flight.

It's Good to Be Curious

Being curious about new things can serve as a powerful factor in cognition and behavior as we age. While we need more research to understand exactly how or why this happens, we know two things; our memory is often better if we work at learning new things and curious people are happier!

The Lyrics Tell the Story

Why and how do lyricists and composers use words to tell a story? Music is emotional – from a simple chorus to an intricate opera; sometimes, it feels like the melody and the lyrics speak directly to our hearts. And that is because music is a language, the language of emotion.

Is the Wild West gone? Western towns offer a glimpse into the past, a real experience of life in these small towns in the late 1800s. They often serve as a museum, where the history has been preserved. It is not the same as in the 1800s, but there are still plenty of towns left that feel just like the Wild West.

How do artists help us "see" and understand what is in space? Painted in 1889 - Vincent Van Gogh's "Starry, Starry Night" may be the most famous painting of the evening sky. Today we have telescopes and cameras that capture beautiful moments and send them back to Earth for everyone to enjoy.

During World War II, this image of a female American factory worker named Rosie became an iconic poster and a song. Rosie's image appeared on posters and covers of magazines and represented women all across America who joined the war effort with the declaration "We Can Do It!"

The 1950s were a decade rich in innovation and change. What stands out as having the most significant influence on our lives during the 1950s? Would you believe a television in every American living room, teenagers, and Rock & Roll?

Seated, safe and fun. Enjoy an action packed session with your loved one! Remember to breathe and drink water.

Scientists have long believed that bees first appeared 60 million years ago, but a 2006 discovery of a bee embedded in amber shows that the bee may be as old as 120 million years old. That means that bees survived the age of dinosaurs and outlived other insects and animals that have become extinct. What does that tell us about bees?

Seated, safe and fun. Gentle movements are a perfect way to improve your health and well-being. Remember to breathe and drink water.